One of the best decisions I’ve made in my life was changing my career from finance to design, or at least that's how it feels now. However, the journey wasn’t always as rosy as it seems.

Being new to the industry, I started working on a few voluntary projects, did some freelance work and then finally landed a full time role in a SaaS company. This was short lived, because 9 months later my role was made redundant during the pandemic and to say I was feeling upset would be an understatement! Looking for a job during a pandemic didn’t sound fun at all, especially without much design experience behind me.

Of course, looking on the bright side, I was unemployed and had all the time in the world to do whatever I wanted. As much as I felt  guilty taking a break instead of working on my skills, I knew taking some time off would be good.

But after building a few jigsaws, experimenting with new cooking recipes and watching all the 235 episodes of Friends (it was great!) I knew I had to make a plan and do something more productive with my free time.

I knew what I wanted. I wanted that dream role, working on different and interesting projects and having that amazing and fun team, where everyone is supportive of each other. But then also, remembering we were in a pandemic, I was wondering if I could get any job at all. But I knew I had to at least try!

My plan was to:

My plan kept me very busy and soon I didn’t feel unemployed at all.

Do you want to know what was the hardest part of my plan? Applying for jobs.

With all my job applications came all the rejections. A lot of them!

At one point I was even considering whether I should go back to finance.

However, I also received valuable feedback from recruitment agents and managers and I was able to use this to better understand why I wasn’t getting the jobs I wanted - and what skills I could improve to increase my chances.

It would have been impossible for me to improve all my skills in a week or even a month, so I improved those that I could quickly, but I also just kept trying. And soon I landed my first job interview.

It was a great feeling! Finally that hard work was paying off, even with only an interview. I didn’t get that particular job, but I kept trying.

That is how I saw an advertisement at DigIO. I read the job description, looked at their website and thought to myself “No way! This job is too big for me.”

But I decided to give it a try. And I got a response back!

I got an invite for a phone interview and this is how my journey with DigIO began.

The interview process was one of the best I had ever been through. The talent partner Dave was really friendly and helped me understand as much as possible about the role and the company. In my opinion, this is where the difference between needing a job and wanting a job comes.It starts from the very first interview. The phrase that an interview is a two way process was not untrue.

Here it’s good to mention that at this point, I didn’t know that I was actually interviewing for a role at Pretzel lab, not Digio. Yes - the new design brand, born out of Digio, which was about to be launched in the coming month.

I received an email for a second interview with the Head of design - that sounded like a mission impossible - the Head of design! They will probably “grill me with a lot of hard questions” I thought and I won’t get the job anyway. But I was still very happy and so proud that I reached that step of the interview process.

However, the Head of Design - Jane, happened to be one of the friendliest interviewers I met and soon the interview felt more like a conversation. Jane also provided me with comprehensive and valuable feedback.

By now I knew I really wanted this job and why I want to be part of DigIO. I could have the opportunity to get that type of feedback all the time and that can help me to learn so much.

The next step of the interview process was to present a case study. I worked hard in preparing for the presentation and was excited and nervous at the same time. And guess what - my answer to the case study was incorrect. Yes, I did almost nothing of what was required in the case study, simply because I wasn’t experienced enough for the role. However, I received very prompt feedback during the interview, explaining what I could’ve done better.

If only the role didn’t seem that awesome, at least when I get rejected, I wouldn’t feel too bad. I knew this was the end of my interview process with Digio. At least, it was a great experience.

The next week I received a call from Dave, explaining why I didn’t get the role. The great bit - there was an opportunity to be part of Digio’s Associate program. I could be their first design associate, having the chance to learn a lot from the team.

I couldn’t believe it, I was so happy! Not only did I land a job during a pandemic, but also it sounded like a great role with a lot of opportunity to learn and develop. Shortly after that I also learned that I will be joining DigIO’s design arm - a brand new company, called Pretzel lab.

And three months in I can absolutely say that actually it was not impossible to land ‘the dream job’. I get to learn a lot and I also get to work with an amazing bunch of people! And as cheesy it might sound, hard work does pay off at some point. 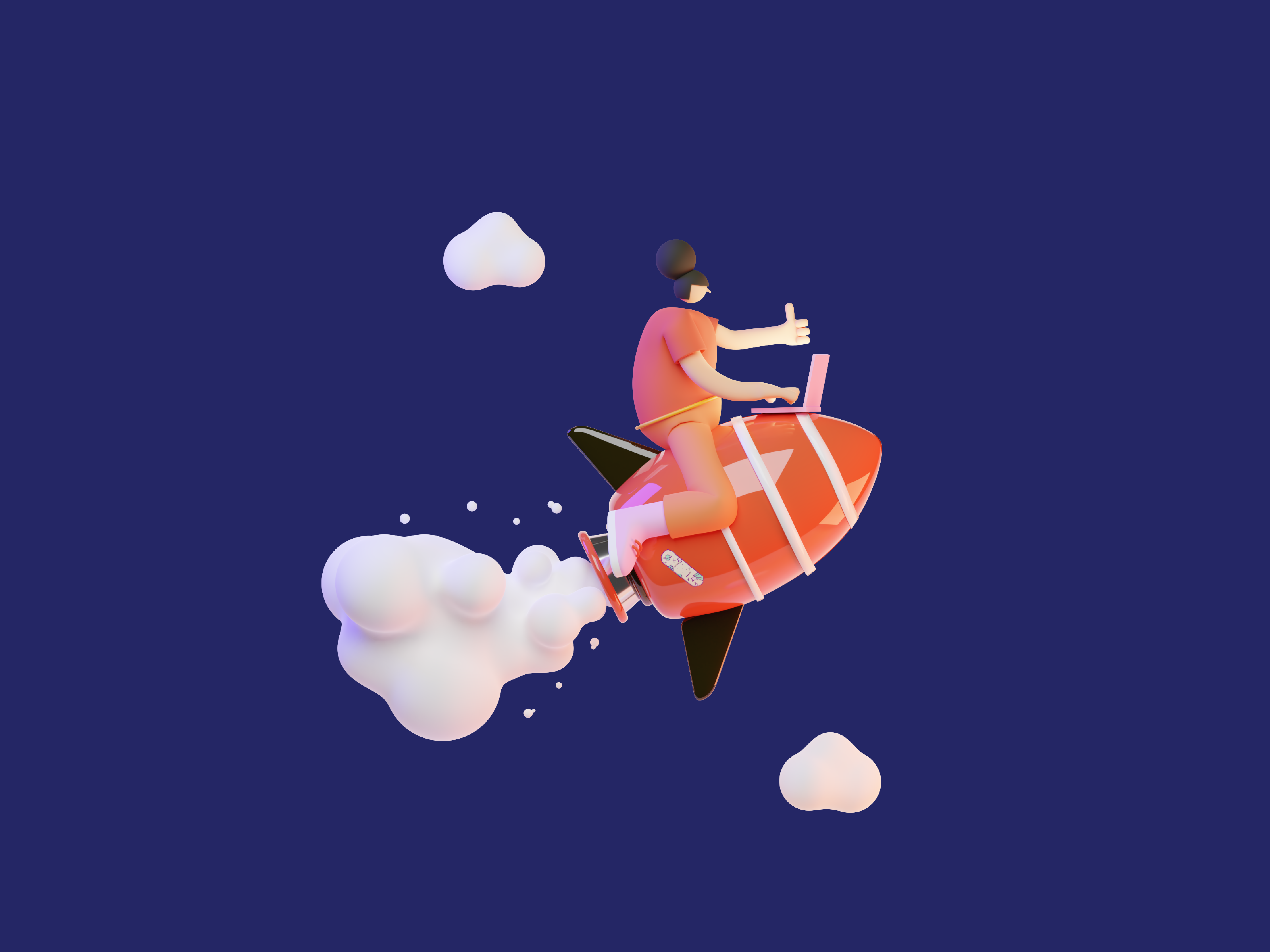 My Journey from Chemical Engineering to Design

Do you have a desire to solve problems in your business?

Get a fresh take with Pretzel